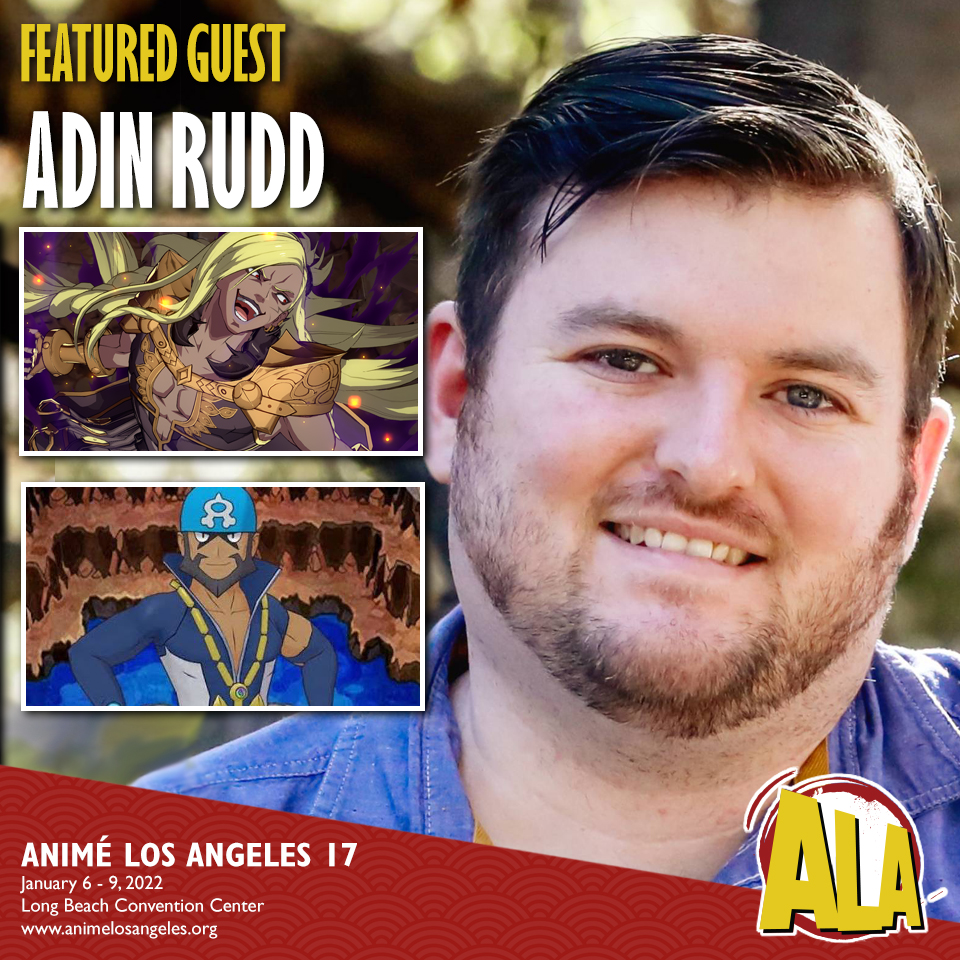 Adin Rudd is a professional voice actor, comedian, and panelist; best known for his voice roles in various video games and anime series. Some of his most notable roles are Beelzebub in “Granblue Fantasy Versus”, Kun Jun in “Genshin Impact”, Jeffrey Stuart in “My Next Life as a Villainess: All Routes Lead to Doom!”, Scrapface in “Transformers: War for Cybertron”, Archie in “Pokemon Masters EX”, Mokichi Robinson in “Kengan Ashura”, Hok in “Warframe”, Merlin and Cthulhu in “Smite”, as well as working on titles such as “Monster Hunter Rise”, “Paladins”, “Magi: The Labyrinth of Magic”, “Dauntless”, “Citizens of Space”, and many more. In addition to acting, Adin is also a regular member of the convention comedy scene, performing at events such as Fanime, Anime California, Anime Los Angeles, and even Anime Expo. Adin also created and hosts the voice over competition panel known as “Voice Wars”, which gives fans and up and coming voice talent the chance to show off their abilities to the world.