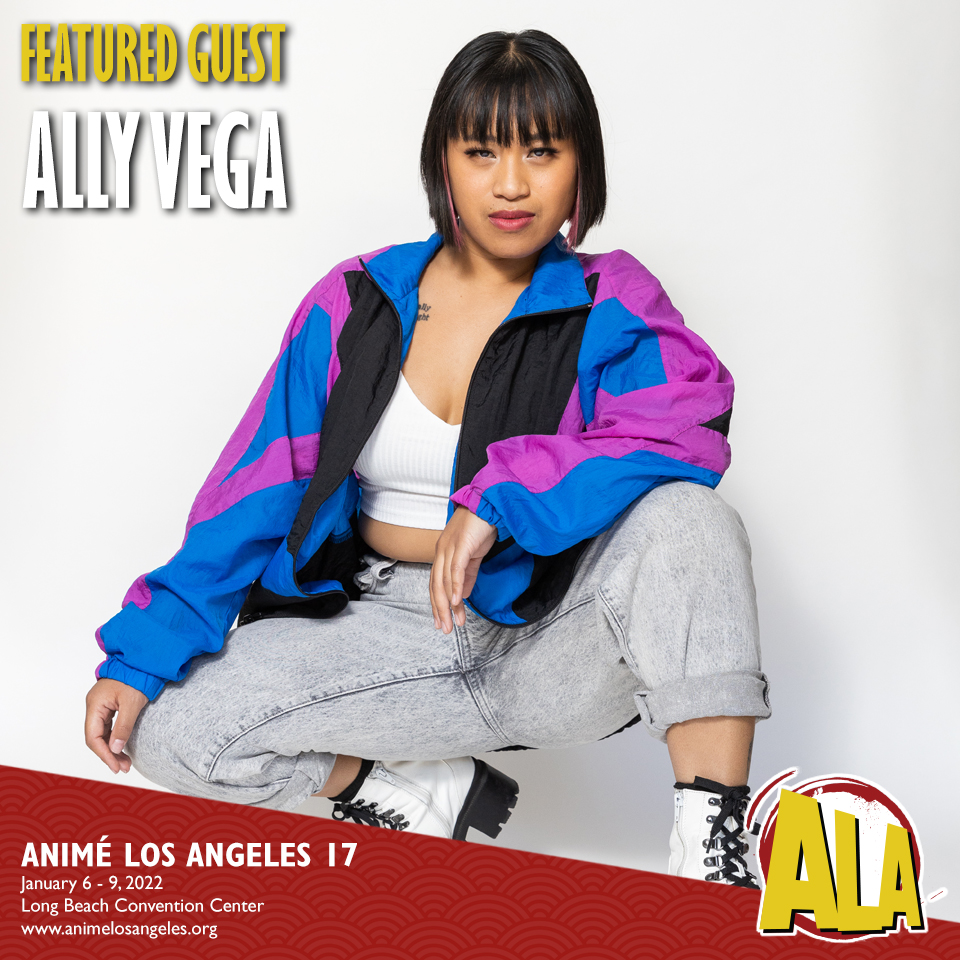 Ally Vega is a 2nd generation Filipina American choreographer, dancer, and performer based in Los Angeles. She has performed alongside artists such as Guy Tang, Bohan Phoenix, Gingee, and Nitemrkt and has been featured on NBC Asian America and Buzzfeed. She’s directed, produced, and choreographed for live shows at Anime Expo, and has choreographed for the musical comedy Supportive White Parents, which has shown at Second City Hollywood and Upright Citizens Brigade. She founded her dance collective, Ancestral Vision Movement, where she blends traditional Filipino dances with hip hop and has performed at shows and festivals all around Southern California. In addition to her performance background, she is also the founder of Woke Weebs, a grassroots organization that creates inclusive spaces for BIPOC communities in pop culture.