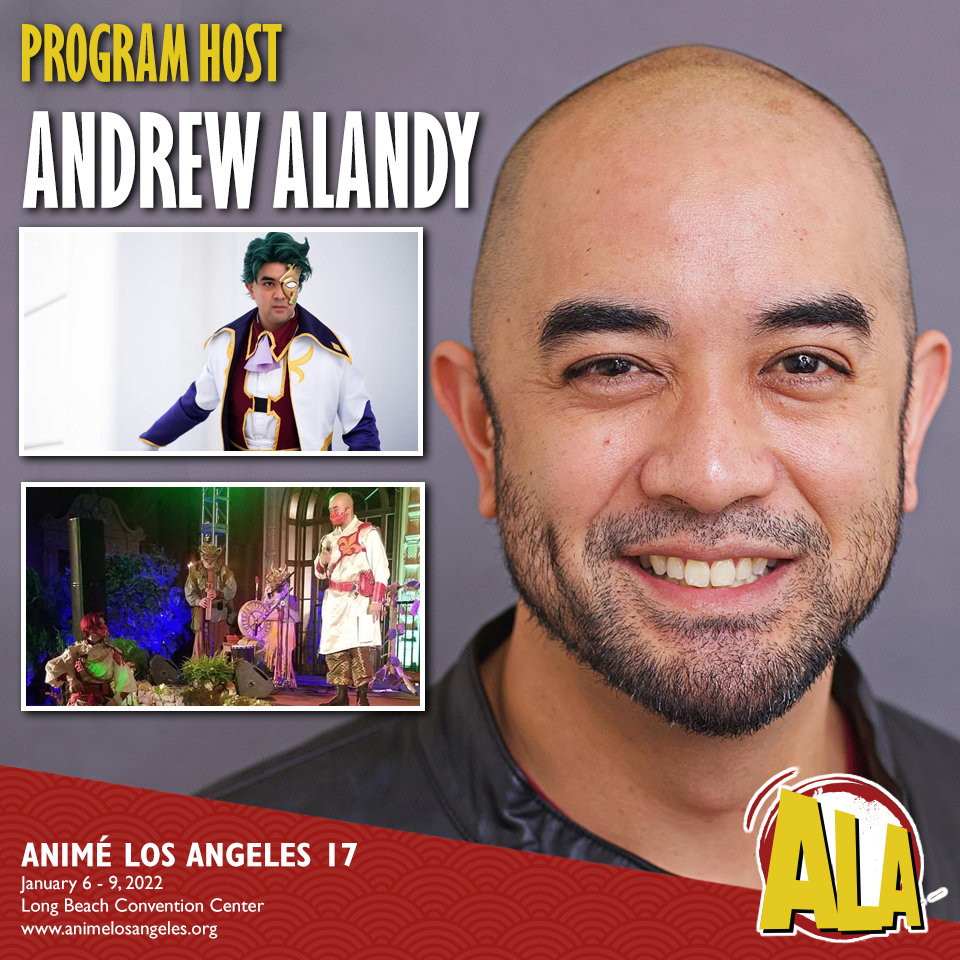 Andrew J. Alandy hails from Los Angeles, CA and is a host, actor, singer, cosplayer, competitive gamer, TTRPG streamer, and voice-over artist. He has hosted numerous anime conventions and events in southern California including Anime Los Angeles, the Orange County Cherry Blossom Festival, and Anime Expo, and is the lead commentator for The Jazzy Circuit, the premier Street Fighter 3: Third Strike tournament series in the U.S. Previously, he was the host of the anime recap shows Anime Weekly and Relentless Weebs. Most recently, he was cast as the voice of Dante Mendoza in “Vampire the Masquerade: Port Saga”, the first scripted audio drama for Vampire: the Masquerade. When not at an event, you can find him streaming games on his Twitch channel, Twitch.tv/Duralath, streaming a variety of different games for his community.

Andrew is excited to return for Anime Los Angeles and cannot wait to see you all! In the meantime, don’t forget to follow him at these locations!
Instagram: AndrewJAlandy
Twitter: AndrewJAlandy