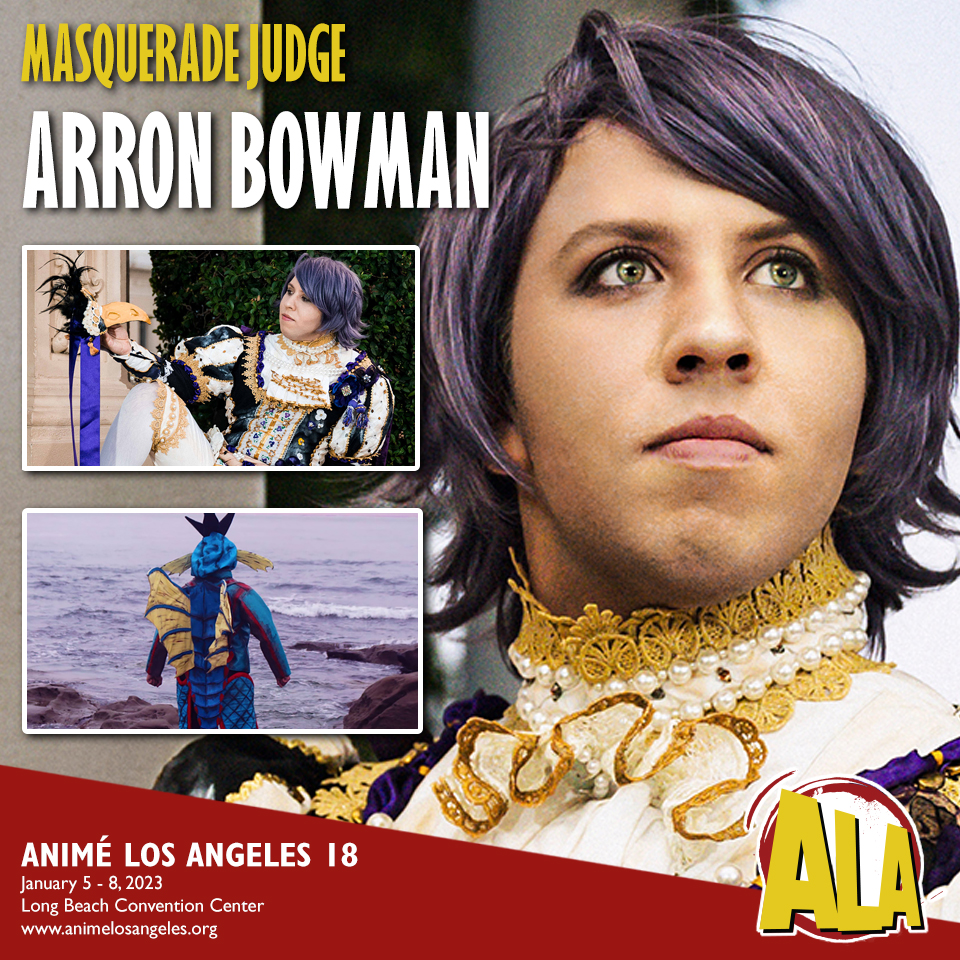 Arron Bowman(IG @epic_socks_cosplay) began his cosplay journey at age 12 and has continued to hone his craft ever since. A San Diego native, Arron holds a BA in Theatre Design from San Diego State University. His cosplay competition accolades include awards from WonderCon, San Diego Comic Con, and Anime Los Angeles. He loves writing captivating performances and thrives in creativity with his construction. When Arron isn’t making cosplay he’s…also making cosplay! Arron is currently working at a cosplay startup company whose mission is to identify and break down barriers that prevent aspiring and existing cosplayers from making their own costumes. Whether it’s through his job, hosting cosplay panels, or showing off his competition spreadsheets, Arron loves to share sewing and crafting secrets with anyone who wants to learn.