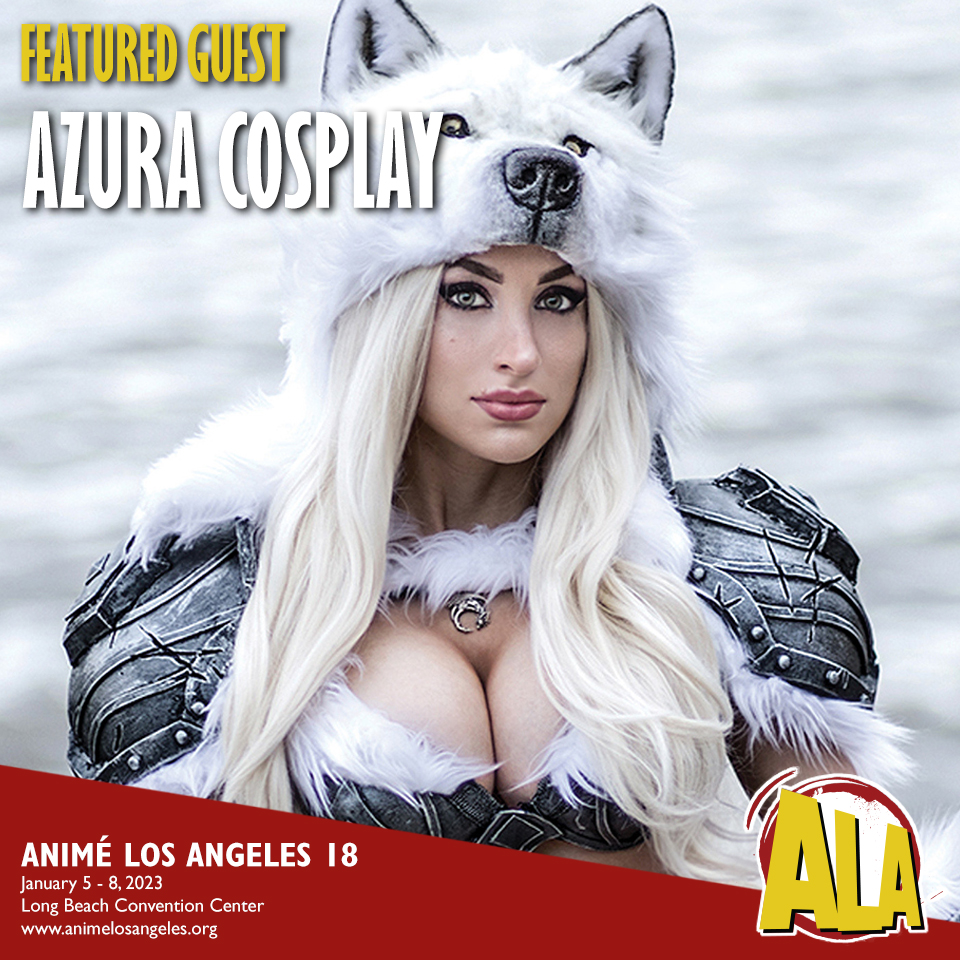 Azura (“AZZ-er-ah”) is a professional cosplayer, costume & graphic designer, and traditional artist from New York. She specializes in realistic & embellished renditions of known video-game/movie/anime characters, as well as original designs, armor, and hyper-realistic animal headdresses. A few of her most recognizable costumes include her armored design of the direwolf, Ghost, from Game of Thrones, her LED-infused Void Elf costume from World of Warcraft, and her original lion-headdressed design, the “Lion King Barbarian”. Azura has been featured on numerous online video-game and cosplay sites, including Dualshockers.com, and made appearances on networks such as GameStop TV.