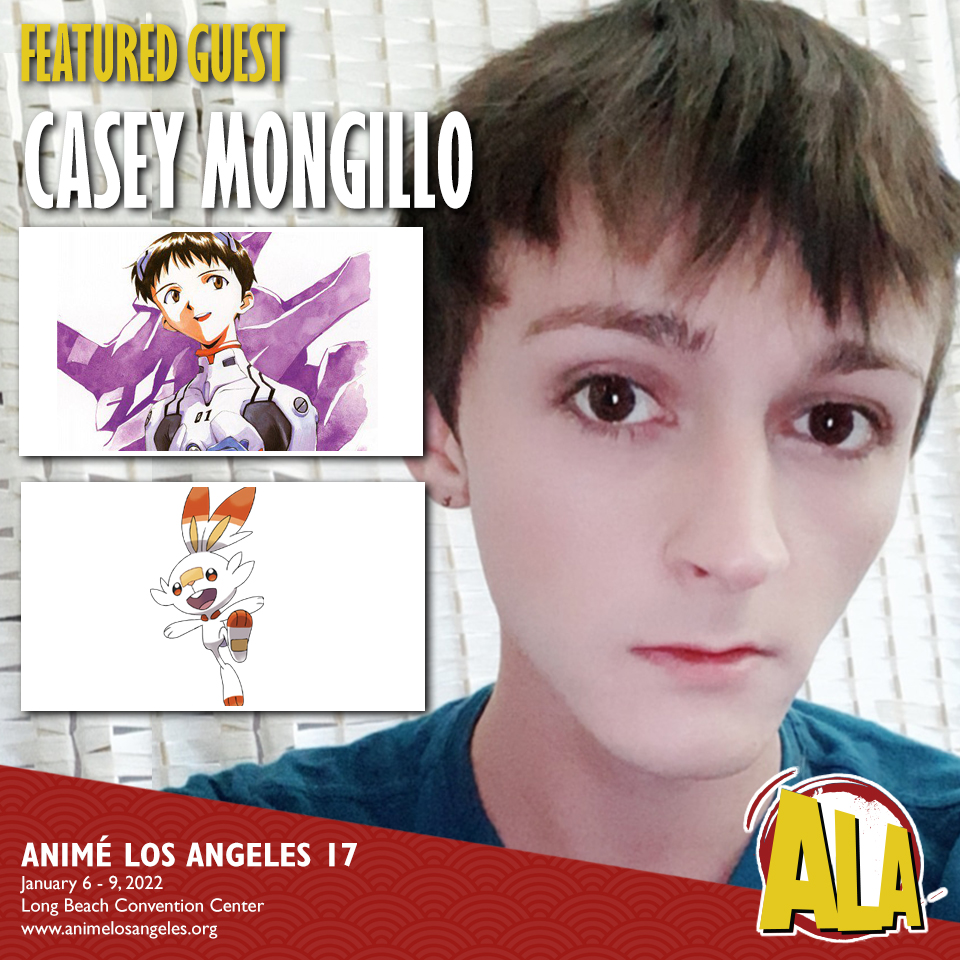 Casey Mongillo is a voice actor, gamer and musician based in Southern California. They are most known for playing the role of Shinji Ikari in the 2019 Netflix dub of “Neon Genesis Evangelion” (as well as the two movies “Death and Rebirth”, and “End of Evangelion”). Credits also include Scorbunny and Raboot in “Pokemon Journeys”, Floofty Fizzlebean in “Bugsnax”, and Sho Suzuki in “Mob Psycho 100”.

Some of their other roles portrayed are Allister in “Pokemon: Twilight Wings”, Nicol Amalfi in “Gundam SEED” (NYAV Post dub), Zoe, Hex, and Milo Belladonna in “Monster Prom” & “Monster Camp”, Selenium in “Vitamin Connection”, and Sandboy in “Miraculous Ladybug”. They have also provided various additional voices for games such as Red Dead Redemption, Elder Scrolls Online: Skyrim, Grand Theft Auto, Need for Speed and many more!