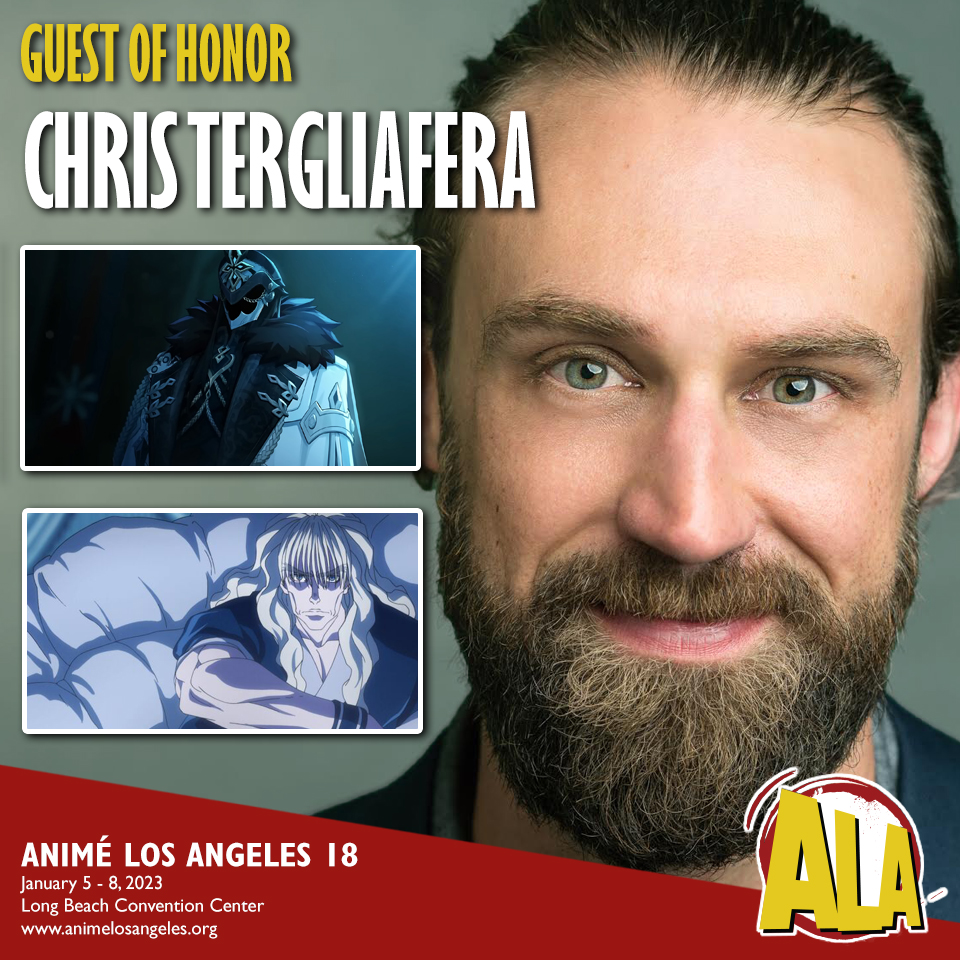 Chris Tergliafera moved out to Los Angeles three days after graduating from the University of North Carolina and immediately found himself on a desk in TV Development at USA Network. After a few years of answering phones and being told daily he should be doing voice over, he finally listened to everyone and returned to his true passion of performing. After grinding for several years, he landed his first role as Sirius Oculus in â€œLittle Big Planet Kartingâ€, leading him into a full-time career of voice acting. On-screen, he recently wrote & acted in his own award-nominated film short, “The Screening”.

Chris is known for his extensive work in anime, video games, and animation. Most recently, he is the voice of the Fatui Harbinger, “Il Capitano” in Genshin Impact . An Anime mainstay, Chris stars as the powerful fortune-teller Avdol in the fan phenomena series â€œJojoâ€™s Bizarre Adventure: Stardust Crusadersâ€, Silva Zoldyck in â€œHunter x Hunterâ€, the bombastic Tank-Top Tiger in the acclaimed anime, â€œOne-Punch Manâ€, Sekiguchi in “Odd Taxi”, Taizoo in â€œSeven Deadly Sinsâ€, Grimms in â€œSword Gaiâ€, Yamikaze in â€œSword Art Onlineâ€, Muraki in â€œMob Psycho 100â€, and Marcos in â€œRe:Zeroâ€.

In video games, he voices Gundham Tanaka and Ryoma Hoshi in the Danganronpa series, the main antagonist, Sigma and Ultron Sigma in â€œMarvel vs. Capcom: Infinity”, Fugen the Village Elder in the hit game “Monster Hunter: Rise”, and Jyoji Hijiri in the remaster of “Shin Megami Tensei: Nocturne”. Chris has also been featured in other huge franchises such as God of War 4, Spider-Man, Grand Theft Auto 5, Halo Wars 2, Mass Effect: Andromeda, Octopath Traveler, and Star Wars: Uprising, In animation, he is the recurring character, Rasticore, in the hit animated series â€œStar Vs. the Forces of Evilâ€ on Disney XD. One of his favorite guest star roles was as a Magic Dragon in Disneyâ€™s â€œPickle and Peanut.â€