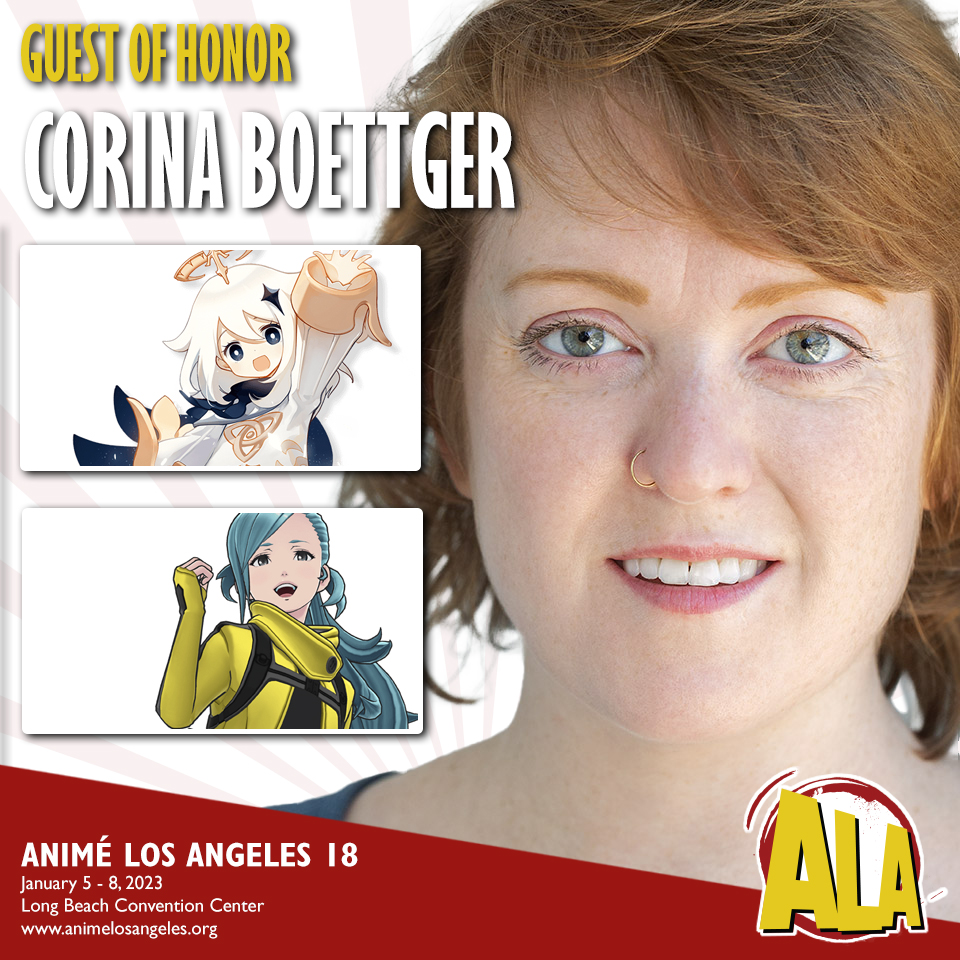 Corina Boettger is a Non-binary professional actor for over 20 years starting as a child in theater/on-cameraand now working in the voice over world. They can be heard has Paimon in Genshin Impact, Tornado in One Punch Man, Gauko/Naoko in Dino Girl Gauko, Mizuki in Ai: The Somnium Files, Sailor Tin Nyanko in Sailor Moon, Somali in Somali and the Forest Spirit, Marshtato Mary in DreamWorks Trollstopia and much more. You may also recognize their face as they have been guest stars and co-stars on shows like My Name is Earl, Glee, Shameless, Desperate Housewives and more. They are an advocate for health care as Corina has Crohnâ€™s disease & Autism and wants to be an advocate for others who are similar that want to become a part of the industry.