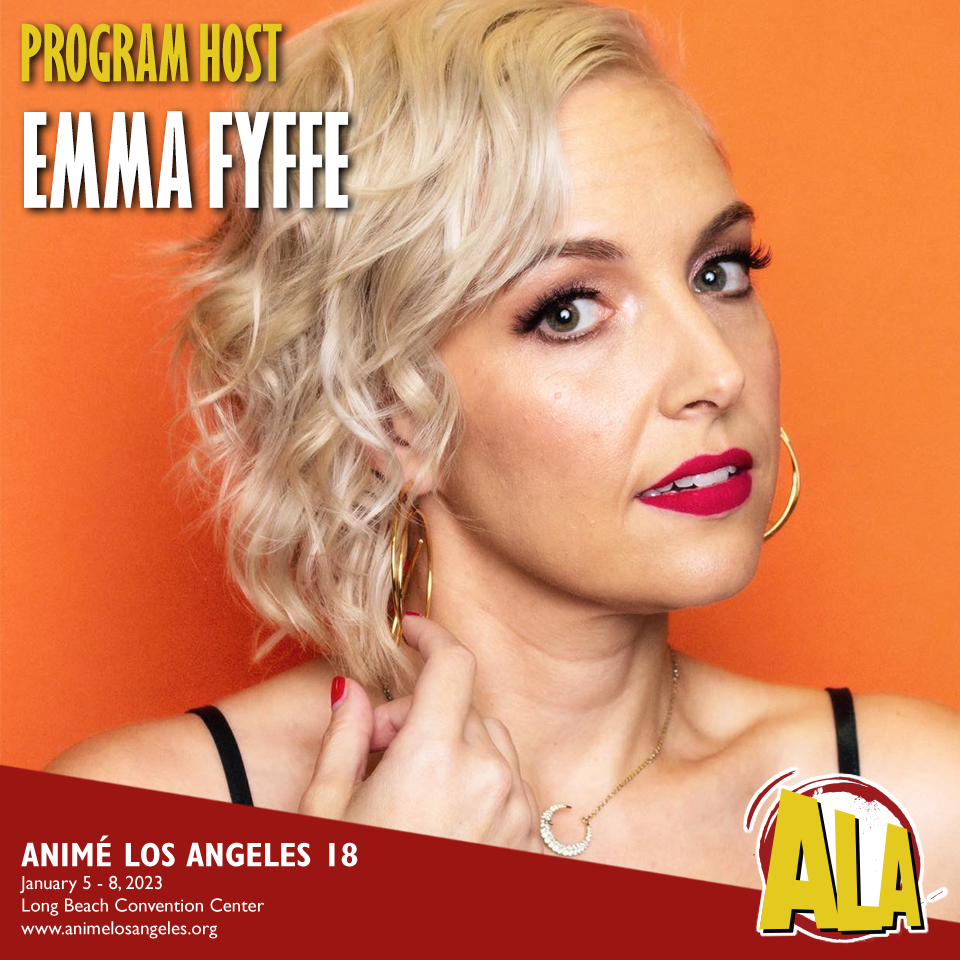 Emma Fyffe is a gaming, entertainment, and pop-culture pundit and host, seen on broadcasts across the internet. Previous credits include hosting The Download on VENN, Um, Actually on Dropout, Screen Junkies Universe on Fandom Entertainment, Collider’s Jedi Council and TV Talk, and The Movie Trivia Schmoedown. She has also appeared on numerous Tabletop RPG liveplay series including Pencils & Parsecs a Star Wars RPG, Battle for Beyond and D&D Beyond’s playthroughs of Unwelcome Spirits and Call of the Netherdeep. She hosted the official Anime Expo Live Stream in its inaugural year, and has provided event coverage, including Star Wars Celebration 2019 and the Grand Opening of Galaxy’s Edge at Disneyland on behalf of Nerdist News. She has worked with Funimation as a host of live broadcasts of anime events, including the premieres of the My Hero Academia films Heroes Rising and World Heroes’ Mission, and FunimationCon 2020. She can currently be seen and heard across Fandom’s wikis where she is a host and producer, with a focus in gaming and anime.