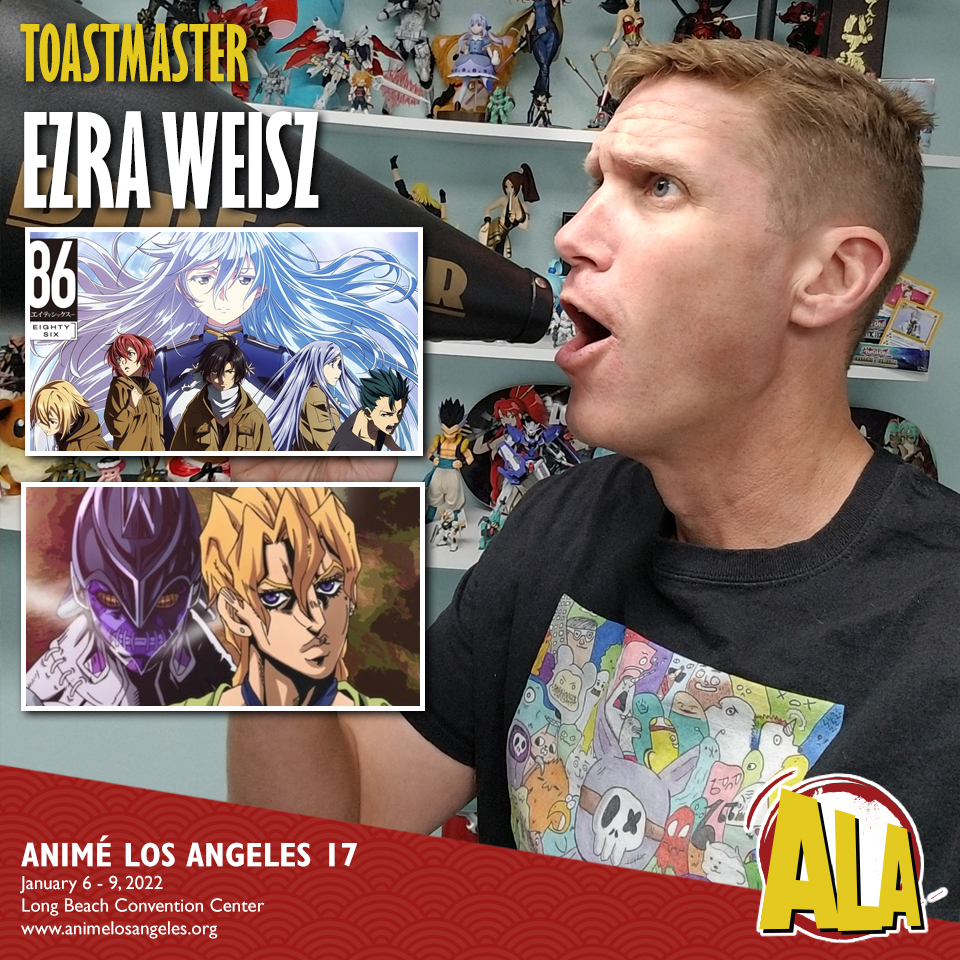 Ezra Weisz is thrilled to return to Anime Los Angeles once again as you Toastmaster! Anime Los Angeles was Ezra’s first Anime convention and it continues to be this FAVORITE anime convention. Whether it’s hosting Opening/Closing Ceremonies, or speaking on panels, or just roaming the convention handing out ribbons, Ezra always looks forward to spending the weekend with YOU!!! But who is this dude anyway???

Ezra loves meeting new people and talking about his projects and just hanging out. Please check out some of his panels as well as major events he will be hosting this weekend. Ezra’s number one goal is for YOU to have the best weekend ever. He is ready to make that happen again. Have fun, Be safe, Stay Miraculous!!