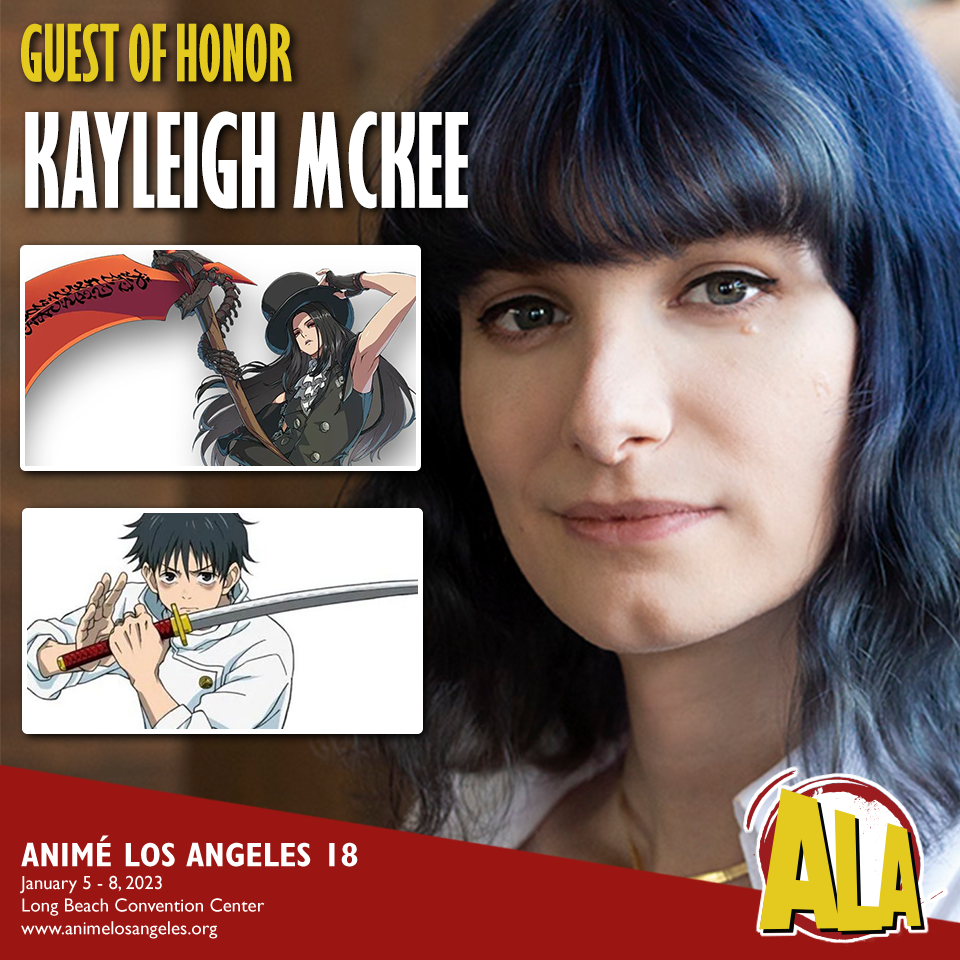 Kayleigh is a decorated Voice Actress, Worldbuilder, and Artist from a cornfield in Illinois. She is best known for playing the fan favorite character Yuta Okkotsu in the hit anime movie Jujutsu Kaisen 0, as Pina in Netflix’s highly successful BEASTARS, and as Testament in the classic fighting game Guilty Gear Strive. She is one of few Transgender women in professional voice over blazing a new path in the realm of acting for anime, cartoons, and games. Her most striking attribute is her ability to portray a vast range of characters masculine, feminine and further, as well as just being an overall goof!