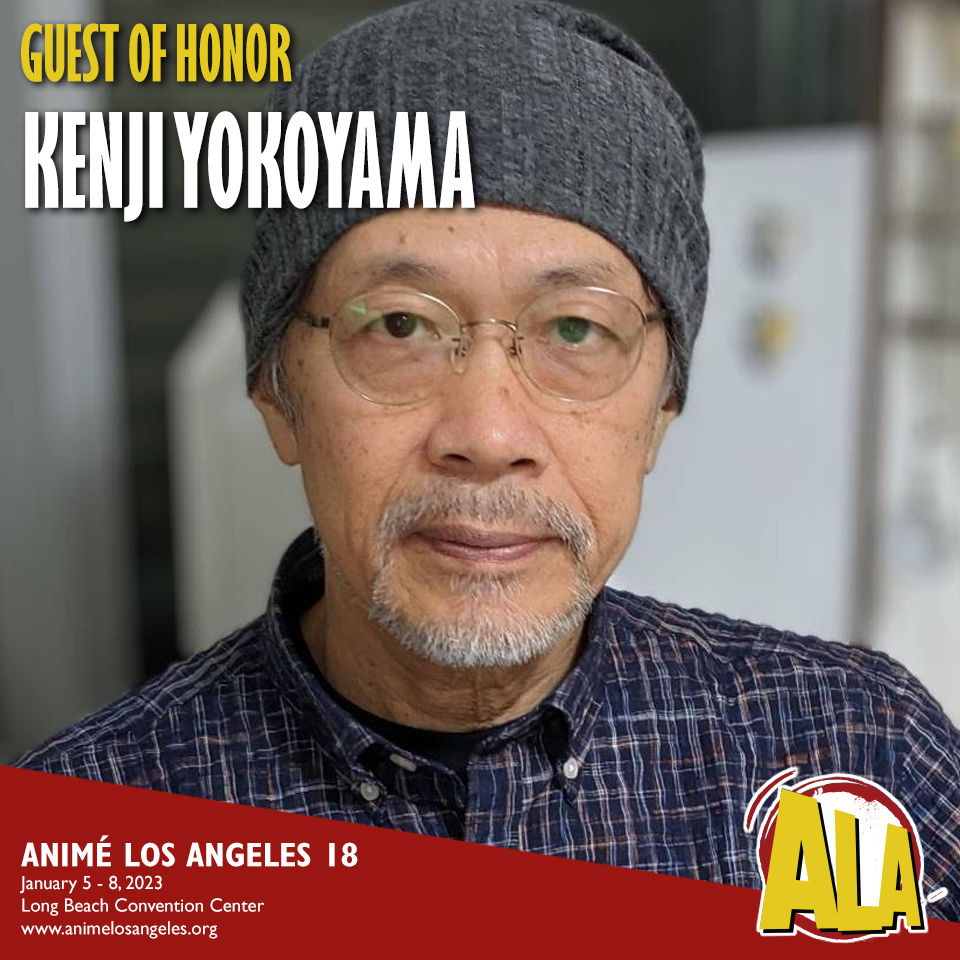 Kenji Yokoyama is making his very first appearance at anime convention, after more than 40 years of dedication in the industry as noted animator.

Born in 1955, April 29th, he has worked on Gatchaman II and F in the 70s, Dragonball Z from the 80s, Dr. Slump, Dragon Quest: The Adventure of Dai, Jigoku Sensei Nūbē and SLAM DUNK in the 90s, Toriko in the 00s, One Piece in the last 25 years, The Thus Spoke Kishibe Rohan and Yashahime recently.

In those shows, not only he’s directed animation, but he’s done key animation drawing for many episodes entirely by himself, hence is known to be the living legend of genga artist.

He’s passionate about sharing his knowledge for people who want to learn how to make animations in his online community “ONE CUT”*.

Special thanks to Kaho Shibuya for arranging this appearance!