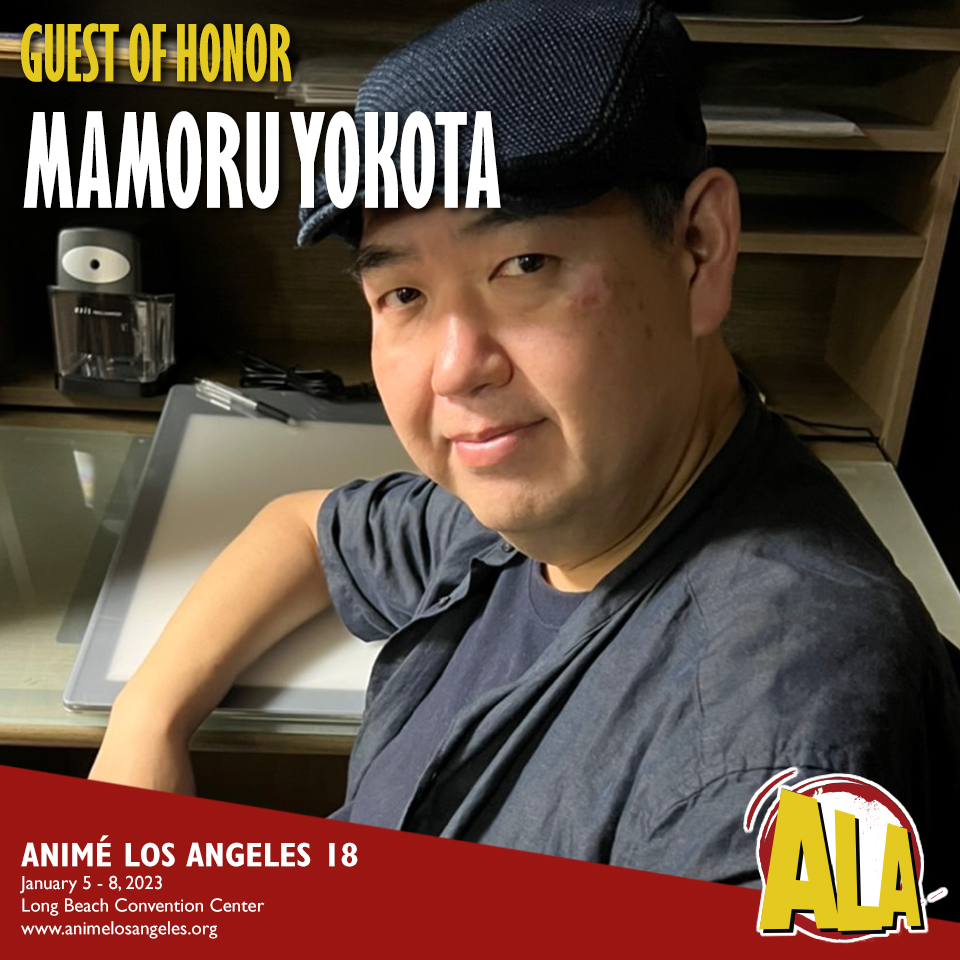 Mamoru Yokota has been involved in a great number of shows mainly as animator, but also as producer, character designer, illustrator and game director.

In his early career, he worked on Ranma 1/2 and Ultimate Muscle (Kinnikuman), then later the production of Macross FRONTIER in which he did key animation for its latter half opening “Lion” sequence as well.

He has created adult games such as Magical Canan too, which can be further talked about at late-night panel.

Special thanks to Kaho Shibuya for arranging this appearance!