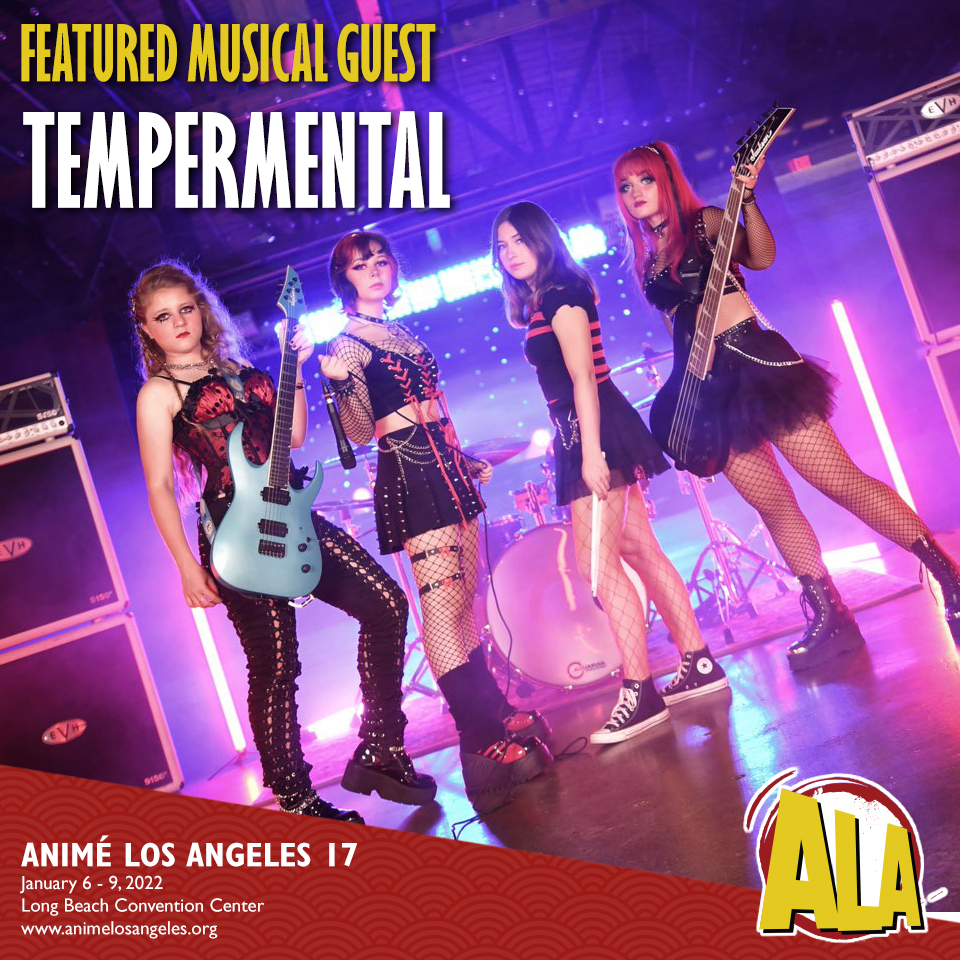 TemperMental is an all-girl theatrical rock band that has been quickly gaining notoriety in the L.A. music scene. They are lauded as “The Next Generation of Rock ‘n Roll, known for their mad harmonious rock and stellar live performances.”. Several of the girls met in 2016 while spending many months filming the Netflix Comedy TV Series “Wet Hot American Summer, Ten Years Later” in Malibu. At the time, the girls were just 11-15 years old. After filming wrapped, the girls decided to form a rock band.

You can hear their music on regular rotation now on local radio stations or stream their music on Spotify, Apple Music or any other digital streaming platform. You can also check out their original and cover videos on their YouTube channel.

They love playing live shows and being on stage. They are currently working on an album and have been writing a lot of songs. They plan to start releasing their new music early 2022.

Here are their social media links.