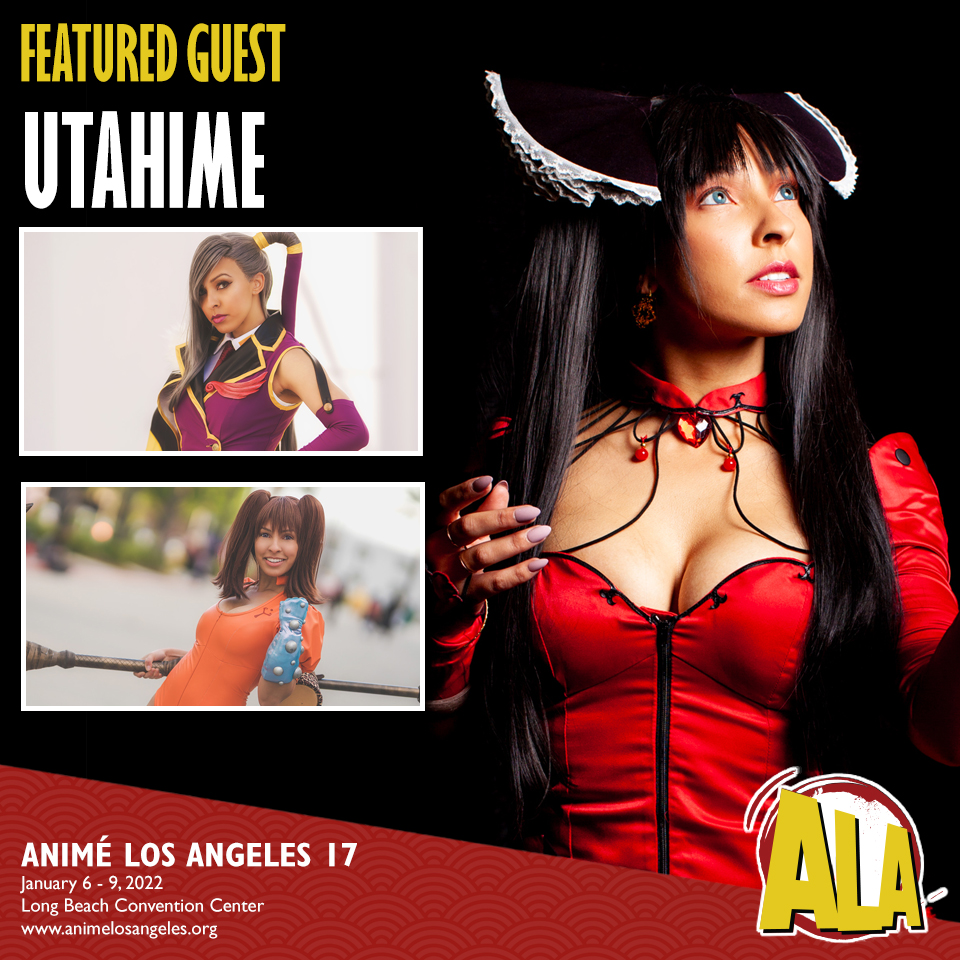 Utahime is an streamer, actress, model and dancer that discovered her passion for cosplay while attending her first convention, Anime Expo. She enjoys attending various comic book and anime conventions across the country and has been a featured guest, panel host, and cosplay competition judge. Utahime’s cosplays have been featured in media outlets such as Cosplay Alliance Magazine, the L.A.Times, Popsugar, Supernews Live, Temple of Geek, Inven Global, Voyage LA magazine and Cosplay Culture. Utahime hopes to inspire others with her message that anyone can cosplay regardless of their ethnicity, gender or background. Recently, Utahime became passionate about playing Dungeons and Dragons and TTRPGs after learning to play with her close friends. She loves bringing her characters to life through cosplay and role playing, she has participated in various campaigns and charity streams, and was recently featured on DnD Beyond in an article celebrating Latinx creators in the TTRPG community.

You can catch Utahime on Twitch playing in the campaigns for “Vault” on The Initiative Order and “Ecriom Expeditions” on DM_Screening or on her own channel, UtahimeCosplay, where she streams various video games with her community.