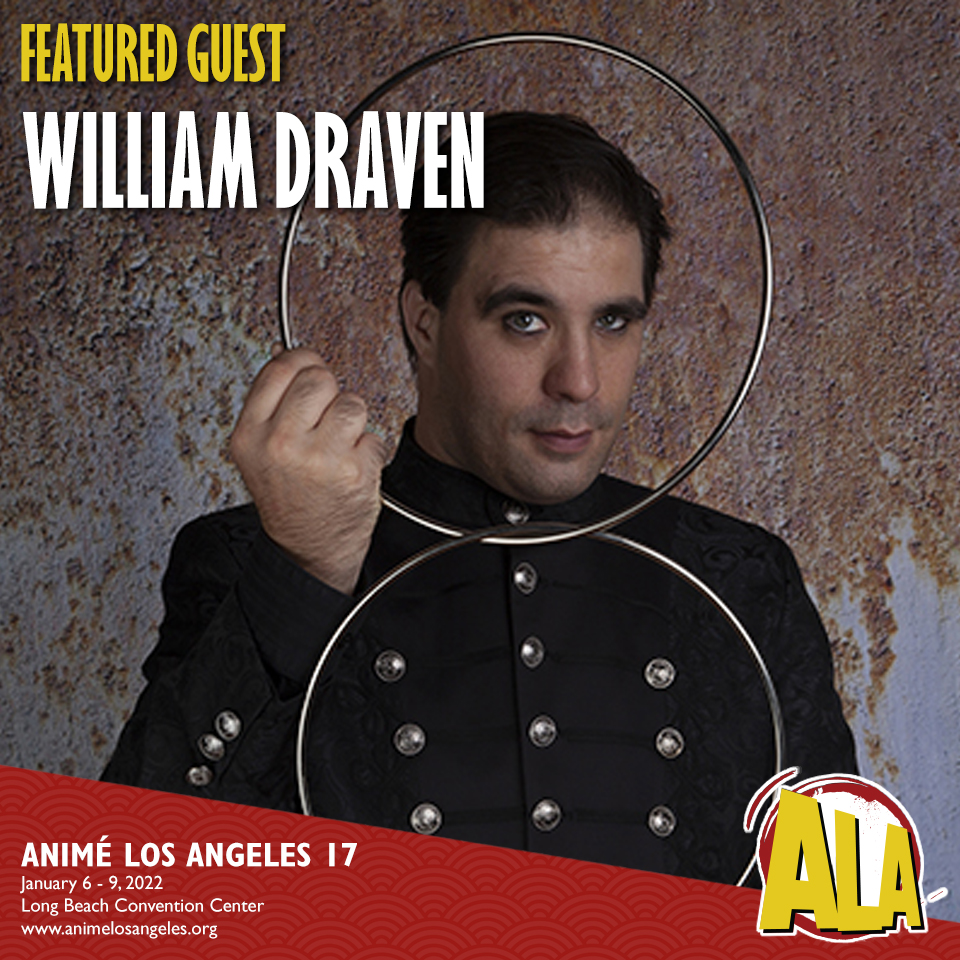 MYTH: Legends of Anime Los Angeles combines elements of sexy burlesque, with variety talents of magicians, comedians, jugglers and more, with elements of cosplay, and fan con-culture. William Draven presents a star studded cast as MYTH once again returns to delight fans convention wide. Come be a part of our legend, come be a part of the MYTH.”

“William Draven has been delighting fans world wide for over two decades at anime and fan conventions across the USA. An original founding member of Whose Line is it Anime, Draven got his start doing fan panals for Anime Expo. He’s since gone on to produce one of the most anticipated fan run events at Anime Conventions on the west coast. He’s an accomplished magician appearing on TV shows like Masters of Illusion, and The Late Late Show.”